Regular holiday
7 days a week
*It is closed at the time of stormy weather.

Closure day
Thursday
*There are some exceptions

Closure day
Wednesday(Tatsukushi-kaichu-kankou)
*It is closed at the time of stormy weather.

Operating period
The middle of July - the middle of October
*It is closed at the time of stormy weather.

Tatsukushi is located in the coastline of the eastern part of Tosashimizu-shi, Kochi.The Tatsukushi seashore and the strangely-shaped-rocks scenery which the 1000-fathom cape east side sees and is represented on the remnants seashore were known as a place of scenic beauty under the sun for many years.

there are various opinions, such as an opinion that Tatsufushi (it leaves dragon lying down) of "Mt. Garyu" which is behind those with various views and the Tatsukushi seashore was corrupted, Ainu language and a scene origin theory, in the origin of the name of a place "Tatsukushi.""-- Minokoshi -- the origin of remnants" -- the chip box of that Kobo Daishi's practice in Shikoku, and too much steepness -- that of "having seen and left" -- "-- it sees and the opinion that the name of the remnants seashore " was given is known widely.

The strangely-shaped-rocks scenery which the stratum of the sandstone deposited about 20million to 15 million years before hitting at the initial stage of the Japanese Islands, and a mudstone produced receives wind and waves, and is continuing change today also.

Moreover, the beautiful sands called "Sakura-Beach" which has description to Ki no Tsurayuki "Tosa Diary" spread, and the east side of the Tatsukushi seashore is being crowded with many sea bathers as a Tosashimizu only appointed beach now at the season for outings of summer.

And the Tatsukushi bay which spreads before it was specified as the first underwater park in Japan in Showa 45 (1970).(It is an Tatsukushi Marine park) An underwater paradise which a variety of coral and fishes, and a sea lemon and shellfish inhabit through every year since it is warm is formed, the Tatsukushi bay is seen especially, and the Shikoro coral colony of this greatest is continuing charming many divers and the user of a glass boat to a remnants bay one day. 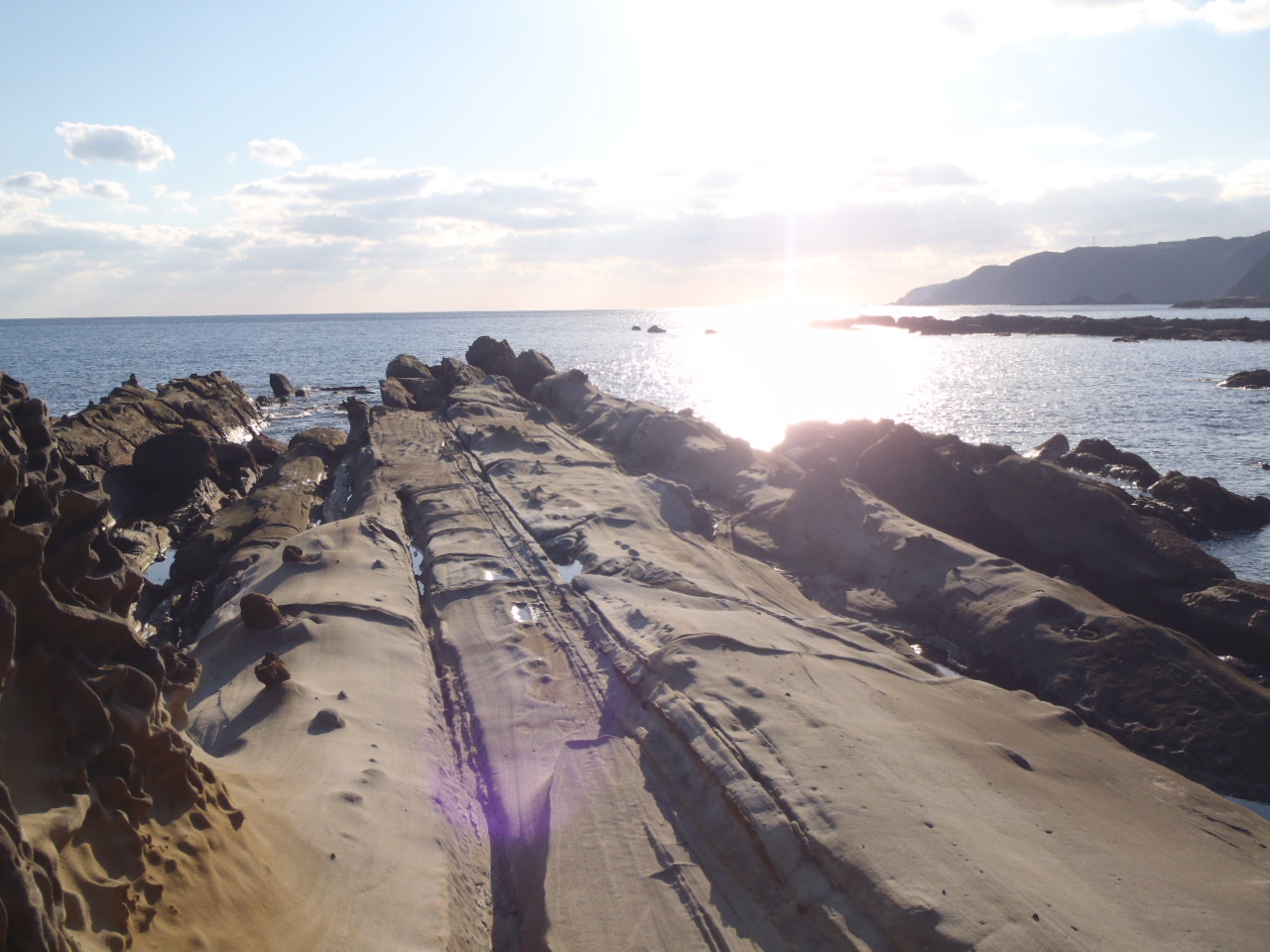 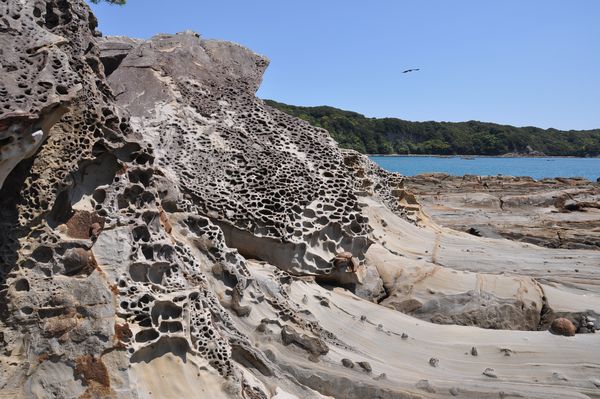 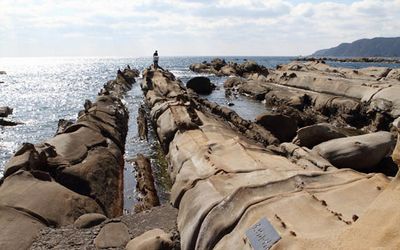 It is [ that this name stuck since Kobo Daishi saw and left too much for walking and going for the difficult part, and ] --.If it sees and leaves, he will repent of the modeling beauty which rides on the glass boat and which the nature applied in about 30 million weaves.If you actually walk along the seashore, with a photograph, it is close and can realize the force which is not known.It will see, if time has a margin, and it is to a remnants observatory! The vast panorama in which the sea and a mountain collaborated can be overlooked. 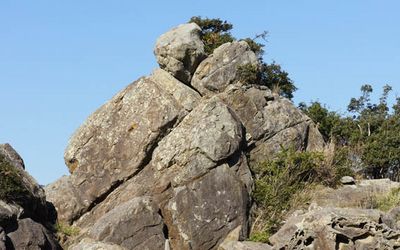 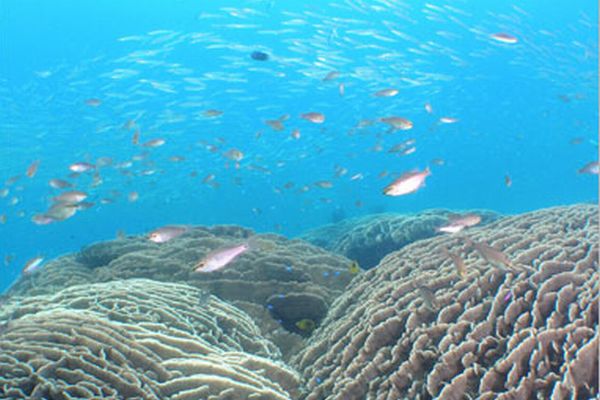 The Tatsukushi bay which forms the sea middle-distance view view with coral and vivid tropical fish was located in Ashizuri-Uwa Kai National Park, and was specified as the first underwater park in Japan in Showa 45(1970).A glass boat, diving, snorkeling of how to enjoy oneself in the sea, etc. are various.Four area is located in the inside of the bay, and the world in the sea which is different, respectively can be seen.In particular, it sees, and the Shikoro coral colony of a remnants bay is the domestic greatest, and is specified as the natural treasure of Kochi Prefecture. 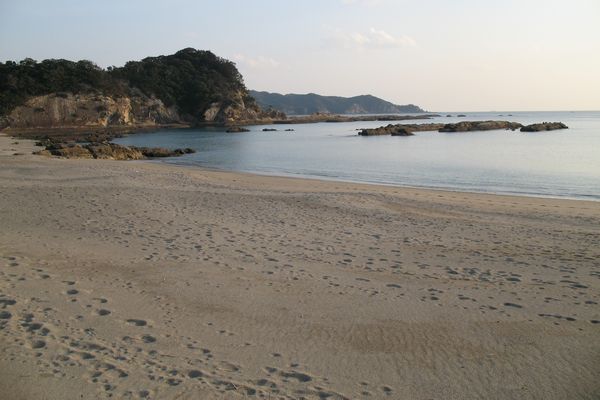 sakura beach which is also one of the eye-catcher of the Tatsukushi sightseeing is a beach specified by Tosashimizu, it is located in the central part of the Tatsukushi ocean space park, and the merit of water quality and the height of transparency are charm.A fragment, many shells, etc. of coral are launched by sands.How about taking a walk slowly or gathering hearing the sound of a wave, a shell? Beach opening is held on Sunday, January! There are also an event and a stall and it is crowded with the person of an every year many.Institutions, such as a shower, are also ready and it can also enjoy sea bathing and marine leisure. 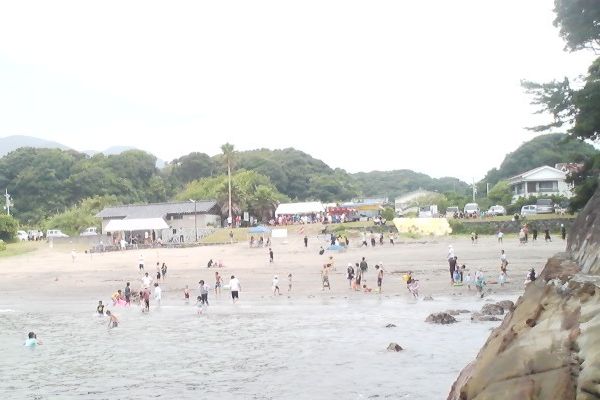 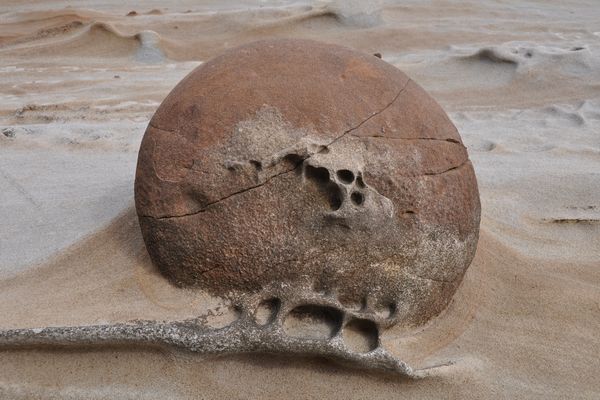 A nodule is what some living things serve as a core and is made, and something became a fossil and is contained in the center.The "wooden doll rock" which can see in the Tatsukushi seashore or the place which see, and where remnants seashore is various, sees, and is in remnants is one of the nodules. 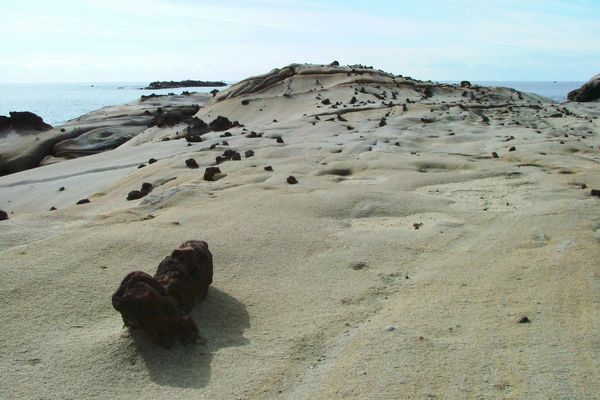 The trace fossil (fossil of the trace that the living thing was useful) seen in Tatsukushi is behind the nest of the ghost shrimp of about 25 million years - 30 million years ago.Although it can see in various places of the seashore, it is geological very new."The 1000-animal companion of a frog" is a collection of trace fossils.